What is an example of the issue?

I’m my assembly createZohoCallUnderContact (I know assemblies should have friendly names, but this assembly will only ever be for my own purposes), I double click the System Time #2 module. It outputs the time 2019-01-29 02:01:25. I wait a bit, double click again, and the same time is outputted – when in fact it should reflect the time in between double-clicks.

This is impacting some automations; I am using that system time to distinguish records in a third party application.

OK, I admit it, strictly speaking, this is just my prototype, my automation isn’t generating any revenue for anyone.

You have to make a module (or a module before it, depending on what you double-click) “dirty” to make it be executed again in the editor via double-click. The easiest way is to make a simple text edit within the module.

Click the Execute Assembly link to force all modules to be executed whether dirty or not.

All right, that makes sense. Clicking “Execute Assembly” will force all modules to be executed. Doing this, I can see the System Time is updating its time.

However, what about the usage of the System Time module in my automation? My webhook is triggering the assembly with the System Time, and during this process, I think that System Time is using the cached value instead of getting the new, current value. How else could the records in my third party application keep getting the same timestamp? I need to go click “Execute Assembly” in order to get an updated timestamp used in my automation.

Modules do no caching like that when running in automations.

We have probably hundreds of automations that use the System Time module. All are working ok.

Which automation # is it? Which system?

This is my assembly: 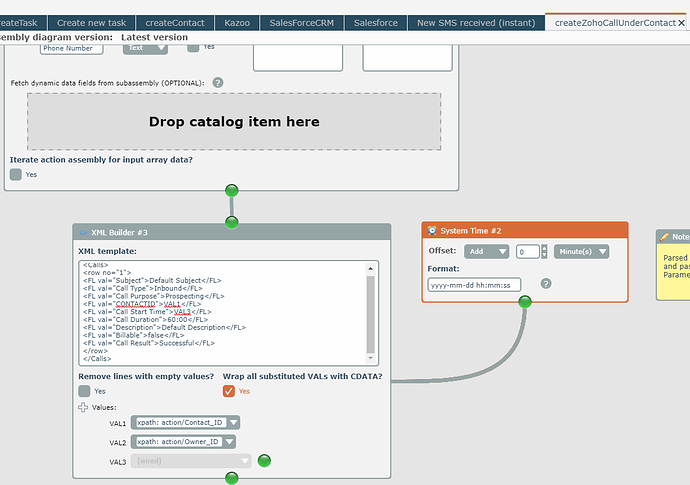 This is one record that was created in Zoho: 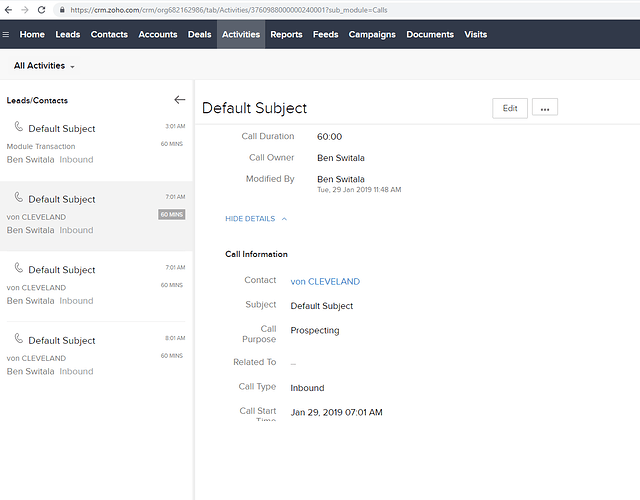 This is another record that was created in Zoho: 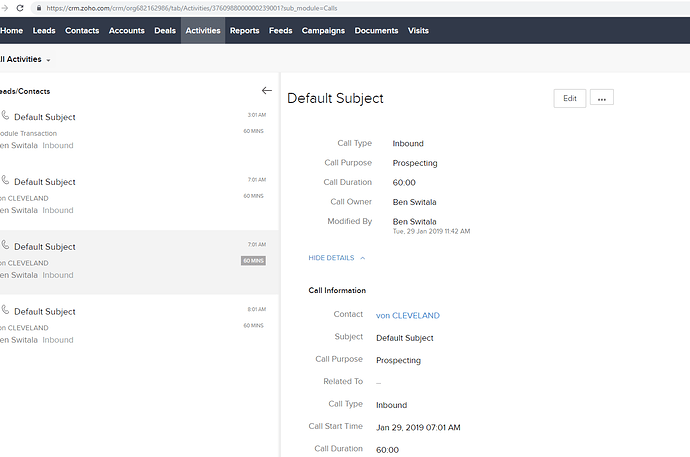 Unfortunately, Zoho does not display a Created At value, but I am sure that I only touched these records at the time of their modification, so Modified By should be the same as Created At. You’ll notice that the Modified By times, which are generated by the Zoho system, are different, and I think they mark when the calls were placed. However, the Call Start Time field was populated from my automation, and those are the same – even though I placed these calls at different times.

I don’t know how to explain that System Time is working in hundreds of other automations. I would admit that this would not be the first time I think I am “seeing things” in software.

Thank you for taking time on this issue.

I see an error in your format string, it should be hh:MM:ss b/c mm means months, not minutes. 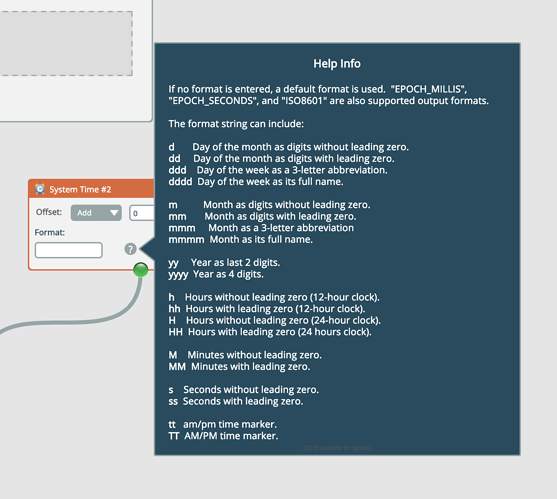 Try fixing your format string and see if that helps.

I’ve looked at your logs again, the errant format string is what is happening. It only appeared to be stuck because the month value was always “01” while you were testing and your testing was all done within the same hour.

Oh, ok. I’ll change that. Thanks! Sorry about the bother, it was clearly my fault.