Setting up webhook without a test

I have an automation that will receive a webhook with an attached csv file. The catch is I cant actively push it to test it and set it up. the way it is processed is on a daily schedule but at the whim of the source system. might be 1am, might be 3 am, etc.

I was able to blindly setup the webhook but since it never actively caught anything it only passes through the raw post paylod.

is there an easy way to handle this and catch the file itself?

This is the link to the generic webhook trigger in your system: Assembly Editor

The purpose of it being configured with a payload is so that it can parse the payload in order to determine the trigger’s output fields. The Webhook module does that parsing of the payload. See how it has a checkbox that requires a test transaction when the trigger is configured in the automation editor: 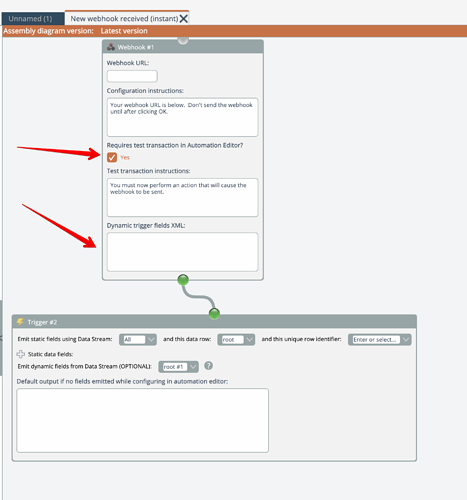 So the way to avoid the test transaction in the automation editor is to copy this trigger and uncheck that setting. But then you are responsible for configuring the trigger’s output fields. The usual way is to paste an XML definition of the payload’s fields into the default output of the Webhook module like done in Assembly Editor 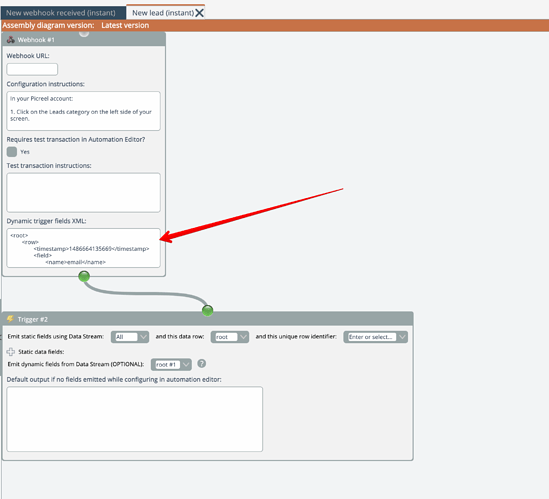 You are free to do whatever techniques are needed into order for the Trigger module to determine the output fields from the trigger. The only requirement is that the CSVs the webhook receives must all have the same schema (columns)…triggers cannot emit varying output fields.

I assume the CSVs are being sent as Base64-encoded content. Literal files cannot be received as webhooks.

thanks. the text of the csv file is in the body itself. i can manipulate it to push through. I guess what i was seeing is if there was a way to “refresh” the trigger with the last received call in the logs/history. I have a half a dozen in there that it has received so that would have been convenient.