I’m prototyping some integrations for a potential client of my company. We’re trying to do an integration with various CRMs, including Salesforce and Zoho.

I’ve noticed that when I try to execute the Get Service Credentials modules in Salesforce or Zoho assemblies, I get messages like these:

An error was reported by module [Service Credentials - Get #2]:

No connection found. Did you connect SalesForceCRM?

I did add Salesforce and Zoho in Connections in the automation editor, apparently successfully.

I suspect I would get this issue regardless of what OAuth API I tried to use; my training was over before we got to the OAuth exercises in the 500 section.

What do I do about this error?

There is a difference between OAuth API keys and account connections. Recommend you google “what is OAuth” to learn about it.

Are you using the same system account in the automation editor as you are using in the assembly editor? The account name shows at the top right when you are signed in.

Thanks for the reassurance that instance_url was getting used in the case of Salesforce, that obviously is working.

Incidentally, I can’t find any Zoho actions, I’m not sure how I determined yesterday that they weren’t working. I guess I’ll get to work on building those out.

Thanks for your help!

There are some implemented Zoho CRM actions in the catalog: 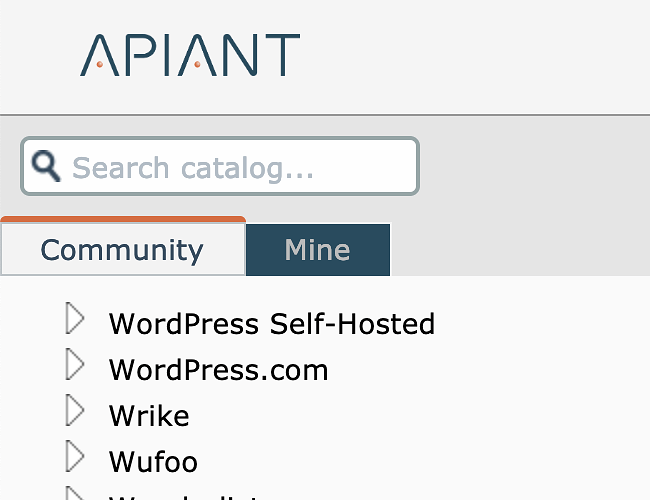 I can’t find any finished Zoho actions in the assembly editor, but I find some in the Automation Editor – how can that be?

You aren’t searching for the app’s name, which is “Zoho CRM”, not just “Zoho”.

When the search matches an app name exactly, all of its triggers and actions are returned.

Oh, got it! Thank you, Robert.