Is there a way to edit the database dump to remove a unique ID so just that one can be ran again?

Sorry, there’s no currently no functionality for that in the UI.

ok. what about a way to force a retry of a record?

Basically there were some items that were processed and went through. Then changes were made and they were deleted and need to be processed again.

I can remove them manually in the database. Will need to know which system, which automation, and which unique ID’s.

Is there any plans to opening up access to our own database to handle unique identifiers ourselves? I could see that being extemely useful.

I have modified those records in the database so they can be reprocessed. I can’t delete them manually very easily b/c they are joined across tables, so I just appended “X” to each value which will have the same effect.

The next system release has a new screen for managing two-way sync database entries: 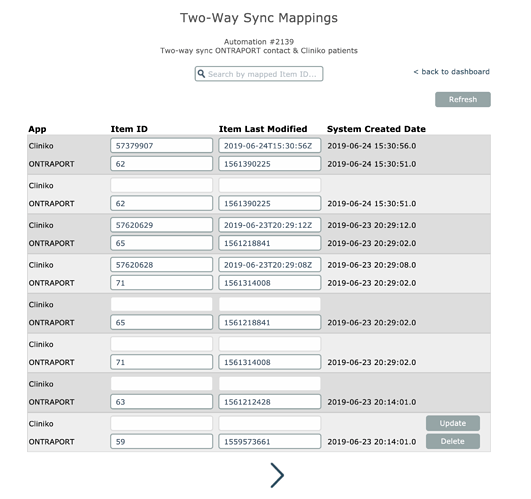 Will see about building a similar screen for other database entries like the unique ids stored by polling automations.

The ability to edit polling automation data is now included in the next upcoming release: 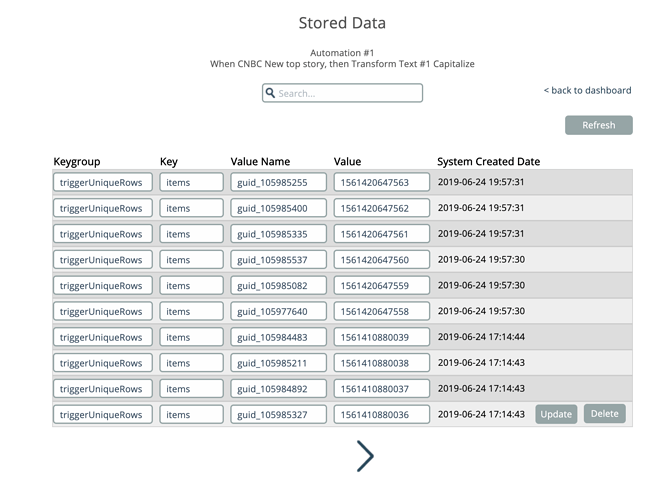 Awesome. that will be massively useful.

When is the next release scheduled to go to production?

I have done the same change for 00041927, sorry for the delay. The forum is not good at notifying quickly about posts via email. I have tried to adjust its settings to no avail yet.

The new release is a week or two away. Here is the current list of changes in it:

I ran a test and process 3 rows. Ran through. Great. Then I deleted them to try running them again.
Went in great. no issue yet.

Turn the automation back on and try running it normally, trigger returns zero rows (even though I know there are rows to process and have verified).

Do some checking and try running in test again. it tries to run the same 3 rows that already processed.

now, 00068140 never ran. I verified it never made it to to final system either. the row was never processed but it shows up on the list.

So I looked in the database log and 00068140 does not exist there either. BUT I do see it if I search in manage data.

So, I deleted that row from the manage data screen. ran the automation in normal and it processed that one row.

I think something happened where when i ran it in test the first time it saved all the data it pulled as processed even though it only ran the 3 since it was in test.

I did spot check a few more values that did not run and it is the same. they exist in the manage data screen but not in the database log.